Looking Back: The Changing Faces of Ireland
Eric Luke 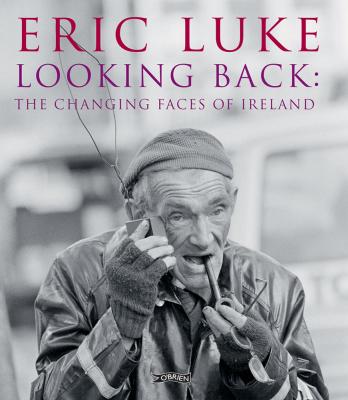 Born in Dalkey, South County Dublin, Eric Luke has always had a passion for photography. He joined the Irish Press Group as a staff photographer in 1973, following a brief stint working in the darkrooms as a photographic printer. Seventeen years later, in 1990, he moved to the Irish Times, covering major news and feature stories both at home and abroad, including two World Cups, five Olympic Games, and assignments in Somalia, Kenya, India, Sydney, Washington and London. However, his main focus lies at home in Ireland, adding to his personal collection of photographs, documenting the many changes in the Irish people and countryside. Eric has won numerous awards, including the World Press Photo News Award and PPAI Photographer of the Year, over a forty-year career in photojournalism. 2

The O’Brien Press is Ireland’s leading general publisher of both adult and children’s books. Our list covers a huge range, including biography, humour, photography, history, art, fiction, politics, cookery, sport, music, memoir, true crime and travel and we are constantly expanding into new and exciting areas.3