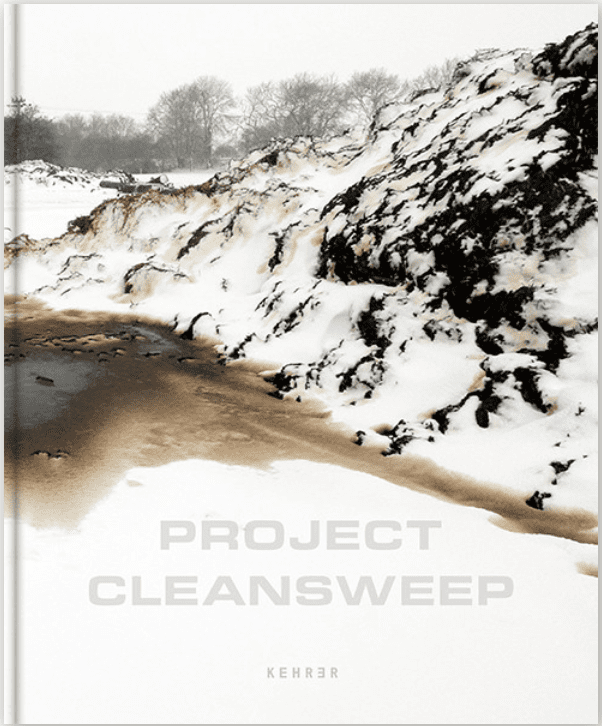 Project Cleansweep takes its name from a Ministry of Defence report issued in 2011. The report assessed the risk of residual contamination at sites in the United Kingdom used in the manufacture, storage, and disposal of chemical and biological weapons from World War I to the present day. Over 4,000 square kilometres of the landmass was appropriated for military use in the 20th century. Photographs of more than eighty sites take us to Dorset and Devon, the Peak District, the woodlands of Yorkshire, and the countryside of the Salisbury Plain, from the coastlines of East Anglia, the West Counties and Wales to the remote Scottish Highlands and the Irish Sea. The pastoral myths of the bucolic British landscape – of simple nature, a golden past – are disrupted by material realities embedded in the landscape itself.1

Dara McGrath’s central thematic concern lies in exploring transitional spaces, those in-between places where architecture, landscape and the built environment often intersect, and where a dialogue – of absence rather than presence – is created. His practice is driven by explorations of these charged, shifting entities – buildings that have come to the end of their functionality, the changing functionality of a landscape, human interruptions in the landscape – that exist in urban, rural and suburban contexts. McGrath has studied from 1994-1997 National Diploma in Photography, Dún Laoghaire College of Art and Design/Dublin (Ireland) and also 2003-2005 MA in Visual Arts Practice (Art-making), Institute of Art Design, and Technology Dublin.

Kehrer Verlag is among the world’s leading publishers of photo books. Founded in 1995 by Klaus Kehrer, it is also one of the few independent publishing houses in Germany. In addition to photography, further focal points include contemporary art, art of the 17th through the 20th centuries, and international sound art. Over the years, numerous Kehrer publications have been nominated for and honoured with international book awards. From 2011 through 2016, Kehrer was also the German partner of the European Publishers Award for Photography (EPAP), an initiative launched by European publishing houses to promote contemporary photography.