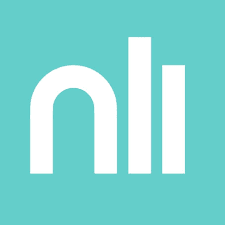 The mission of the Library is to collect, preserve, promote and make accessible the documentary and intellectual record of the life of Ireland and to contribute to the provision of access to the larger universe of recorded knowledge.1

The National Library of Ireland was established by the Dublin Science and Art Museum Act, 1877, which provided that the bulk of the collections in the possession of the Royal Dublin Society, should be vested in the then Department of Science and Art for the benefit of the public and of the Society, and for the purposes of the Act.

An Agreement of 1881 provided that the Library should operate under the superintendence of a Council of twelve Trustees, eight of whom were appointed by the Society and four by the Government; this Agreement also conferred on the Trustees the duty of appointing the officers of the Library.

This historic arrangement ended with the establishment of the National Library of Ireland as an autonomous cultural institution on 3rd May 2005 under the National Cultural Institutions Act, 1997.

For a more detailed history of the Library this section has been divided chronologically beginning with the Library’s origins.

‘The Dublin Society for improving husbandry, manufactures and other useful arts and sciences’ was founded in 1731. A royal charter was granted in 1749. The Society’s concern was the improvement of the country in matters such as agriculture, manufactures and art. The Government acknowledged the Society’s usefulness by an annual grant. In 1836 a Select Committee of the House of Lords was appointed, ‘to inquire into the administration of the Royal Dublin Society, with a view to the wider extension of the advantage of the annual parliamentary grant to that institution, without reference to the distinctions of party or religion’. The Select Committee, under the chairmanship of William Smith O’Brien, prepared a Report on the Society, which recommended that ‘the Library of the Dublin Society ought to be considered as intended, not solely for the advantage of a comparatively few individuals who belong to the Society, but as a National Library…’

The Library had previously been available to the public in a very limited manner, and from 1836 onwards, it became more accessible, largely due to the efforts of the Society’s Library Committee to provide increased accommodation and longer opening hours. The Library stock in 1836 was largely scientific and technical, but over the following decades, the acquisitions policy became more general, and an emphasis was placed on acquiring material of Irish interest. (For example, in 1840 an important collection of pamphlets dealing with seventeenth century Ireland was purchased from the London bookseller Thomas Thorpe.)

In 1863, the Library received a valuable donation of books, prints, music, manuscripts and other material from Jaspar Robert Joly. This added significantly to the Irish holdings of the Society. The collection was given to the Society on condition that ‘if at any time hereafter a public library should be established in the city of Dublin under the authority of Parliament …analogous to the library of the British Museum in London’, the Joly Library would be transferred to it.

Following negotiations between the Royal Dublin Society, the Department of Science and Art (London) and the Commissioners of Public Works (Ireland), the Dublin Science and Art Museum Act of 1877 (40 & 41 Vict., ch.ccxxxiv) was passed, establishing a National Library and National Museum. This Act enabled the transfer of most of the Society’s Library, and the Joly Library, to the new National Library, which in fact remained on the Society’s premises in Leinster House until 1890. The new Library was superintended by the Council of Trustees, eight of whom were appointed by the Society, and four by the Department of Science and Art.

At their first meeting on 21 February 1878, the Trustees appointed William Archer, librarian of the Royal Dublin Society, as the first Librarian. The National Library was one of the first libraries to implement the Dewey Classification System. The present building, designed (along with the National Museum building) by the architectural practice of Thomas N. Deane and Son, was opened in September 1890. It proved very popular, as the figures for annual returns of readers indicate, though the space shortage was an issue from the start, as the East Wing, as planned by the architect, was not completed until 1925/26.

T. W. Lyster, succeeded Archer as Librarian in 1895. He was a founder member of Cumann na Leabharlann (1905) and the Irish Rural Libraries Association. He also encouraged the students of the nearby University College Dublin to use the Library. As well as serving as a reference library, the Library displayed a specific interest in Irish bibliography. Richard Irvine Best, the first Celtic scholar on the Library staff, was appointed in March 1904. He and his colleagues Lyster and W. K. Magee (the essayist ‘John Eglinton’) appear in James Joyce’s Ulysses, set in Dublin on 16 June of that year. Best’s Bibliography of Irish philology and of printed Irish literature and its companion volume covering the years 1913 to 1941 are standard bibliographies to this day.  Lyster retired in 1920, and was succeeded by Robert Lloyd Praeger, remembered as the author of The way that I went. In 1924/25, after the foundation of the Irish Free State, the Library was transferred to the Department of Education, under which it remained until 1986. Best became Librarian in 1924.

The Industrial and Commercial Property (Protection) Act, 1927 gave the NLI legal deposit status for the first time. Richard J. Hayes became Director in 1940, the title having changed from Librarian to Director in 1934/35. His contribution to Irish bibliography is unequalled; it includes Sources for the history of Irish civilisation: Articles in Irish periodicals; Manuscript sources for the history of Irish civilization, and (compiled along with his colleague Brighid Ní Dhonnchadha) Clár Litridheacht na Nua-Ghaedhilge 1850-1936.

The severe shortage of space was the main problem which faced Patrick Henchy, who succeeded Hayes as Director in 1967.  In 1970/71, a report prepared by Dr Kenneth Humphreys, Librarian of the University of Birmingham, dealing with accomodation, staffing and other issues, and never published, was submitted to the Minister for Education. As a result, further premises in the vicinity – notably nos. 2 and 3 Kildare Street (previously part of the premises of the Kildare Street Club), which now house the Manuscripts Department, the Office of the Chief Herald and an exhibition area, and nos. 4 and 5 Kildare Street, were acquired and a commitment made to develop the Library on the Kildare Street site. This did not happen immediately. The accommodation problem and the inadequate purchase grant were the recurrent concern of Alf MacLochlainn, who served as Director from 1976 to 1982, and his successor Michael Hewson. Refurbishment of the Kildare Street premises began in 1982, and the Manuscripts Reading Room was opened in 1990.

In July 1986, the Library was transferred to the Department of An Taoiseach. The Department of Arts, Culture and the Gaeltacht (now Arts, Sport and Tourism) was established in 1992, and assumed responsibility for the Library. Patricia Donlon became the first female Director in 1989. Dr Donlon retired in February 1997. Seán Cromien then held the post of Director in a part-time acting capacity until September 1997, when Brendan O Donoghue was appointed to the post. During his six years as Director, staff numbers increased significantly, as did funding for acquisitions. The National Photographic Archive, housing the Library’s photographic collections opened in Meeting House Square, Temple Bar, in October 1998. The Leinster Lane premises, formerly part of the National College of Art and Design, have been converted and now house the exhibition area, a lecture theatre and the Prints and Drawings Department.

Brendan O Donoghue retired in September 2003, and was succeeded by Aongus Ó hAonghusa (to 2010) and Fiona Ross (to 2014). The National Cultural Institutions Act, 1997, altered the statutory and administrative framework of the Library, giving it greater autonomy, with a Library Board replacing the Council of Trustees.

The National Library’s Photographic Archive is located in Meeting House Square in Temple Bar, a short walk from the Library’s other buildings on Kildare Street. It houses a regular programme of exhibitions based on the Library’s photographic collections, and a reading room.

Directors of the Library