By WikiHumanOrganisations, Publishers
No Comments

SELECTED ISSUES WITH REFERENCE TO PHOTOGRAPHY

2012, At Least I Will Know My Face, Sarah Pucill and Lucy Reynolds, Pg 92
“Since I have been working for a long time between photography and cinema, between contemplation and action, I could consider this image a metaphor for my work. The setting is a room in an Italian farm where they used to keep corn. I noticed that there was a big bird and I took the picture. Years later, when I was preparing a triptych installation, called Patatutopia, I wanted to have potatoes coming out of a fireplace and I remembered that one. We organised to have potatoes falling out of the big mouth of the monster. It was an act of cinema.The photograph is a still image, but the viewer can imagine the movement of the potatoes. The image also reflects the contradiction I like to work with. Perfect peace, the balance of lights in the storage of vegetables, and a feeling of danger, announced by the frightening look of the monster. Is he eating and swallowing or spitting and vomiting? Shouldn’t we escape from that place? But how? Behind the open windows were fenced in”

2010, (From) A to B (and Back), Tim O’Reilly, Pg 18
“The small images on these pages feature instances of what could be called distributed works. These are singular images of modelled spaces and objects generated using a computer. Each also incorporates a real photograph mapped onto a computer model of a photograph, pinned or taped to the walls or lying on the objects in these spaces. The photographs are the only things that have a causal, indexical relation to the outside world. Everything else has been constructed from memory or, very occasionally, with the help of observations or measurements of actual objects. I imagine a distributed work comprising a network of objects or elements. This could take many forms, for instance, a series of physically separate objects or a singular representation of diverse things. Working across a number of elements, the gaps between things can act as a speculative space for imagining connections, generating reveries or drawing blanks. Narrative connections can be implied yet remain open-ended. The work can exist in a realm of association”2010, 2nd Jul – 13th Aug, Daniel Jewsbury and Aisling O’Beirn, Belfast Exposed (Ad)

2008, Jan 8th, Goshka Macuga talked to Declan Clarke and Paul McDevitt in Clärchens Ballhaus, Berlin
“Clarke & McDevitt: You’ve recently been buying personal collections of negatives and slides on the internet. What is it about these that is interesting to you?

Goshka Macuga: Well for me it’s interesting because it is a project that doesn’t have a destination. With this internet project it’s totally simple. It is interesting to see how something comes together through my really subjective choice-making procedure that happens over time. Basically it’s doing what I like doing, which is buying stuff.

C&McD: Tell us what it is that you’ve bought so far.

GM: I only buy negatives, not photographs, but negatives you can print from. So the only things that you find on the internet mainly, are nude photographs, some more explicit, some less. You buy photographs of steam engines – hundreds of them. Often you find stuff from the ist world war and the 2nd world war; I managed to get a really fantastic collection from the Vietnam War. I bought 300 negatives from a soldier – his personal photographs”

2007, A Cautionary Tale – The Experience of Belfast Exposed, Pauline Hadaway, Pg. 10
“In 1985, awarded a modest annual grant by ANI’s nascent community arts committee and energised by responses to the exhibition, which had already travelled to London, Dublin, Geneva and Moscow, Belfast Exposed was starting to feel it had a philosophy, a raison d’etre above and beyond our photography…and that the time had come to spell it out….In its development plans, Belfast Exposed had signalled its intention to locate the emerging gallery and exhibition project in the Conway Mill, currently being developed as a local enterprise, education, arts and conference centre”

2003, Views From a Sequence of Images, Gerard Byrne, Pg. 34
“While the herd naturally assumes spatial formations based on internal hierarchical principles, they would also appear to respond to the “presence” of spectators. As the position of the camera was moved, so too did the herd reconfigure positions in response to the camera’s changed position. The photographs were taken from a relatively close range, of approximately 12 metres. At this range the herd assumed a studied nonchalance, which seemed strangely anthropomorphic, almost learned. Nevertheless, individual deer would take up specific positions in relation to both other individuals, and to the changing camera position, whilst others would remain stat-ic. Once the new configuration was assumed, the deer would resume relatively static stances. As a whole, the herd appeared to maintain a carefully unified, choreographed façade to the camera that bespeaks of some self-awareness of the herd’s collective “appearance” as a spectacle” 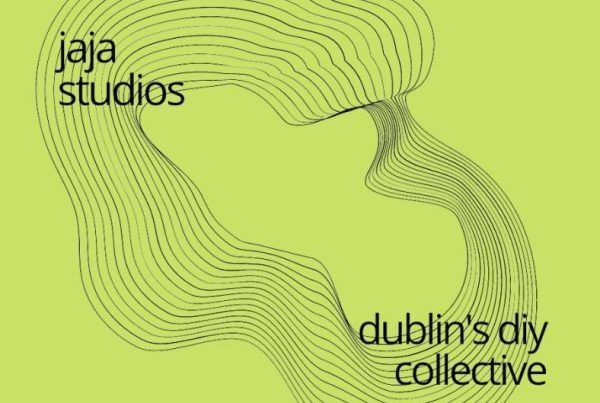