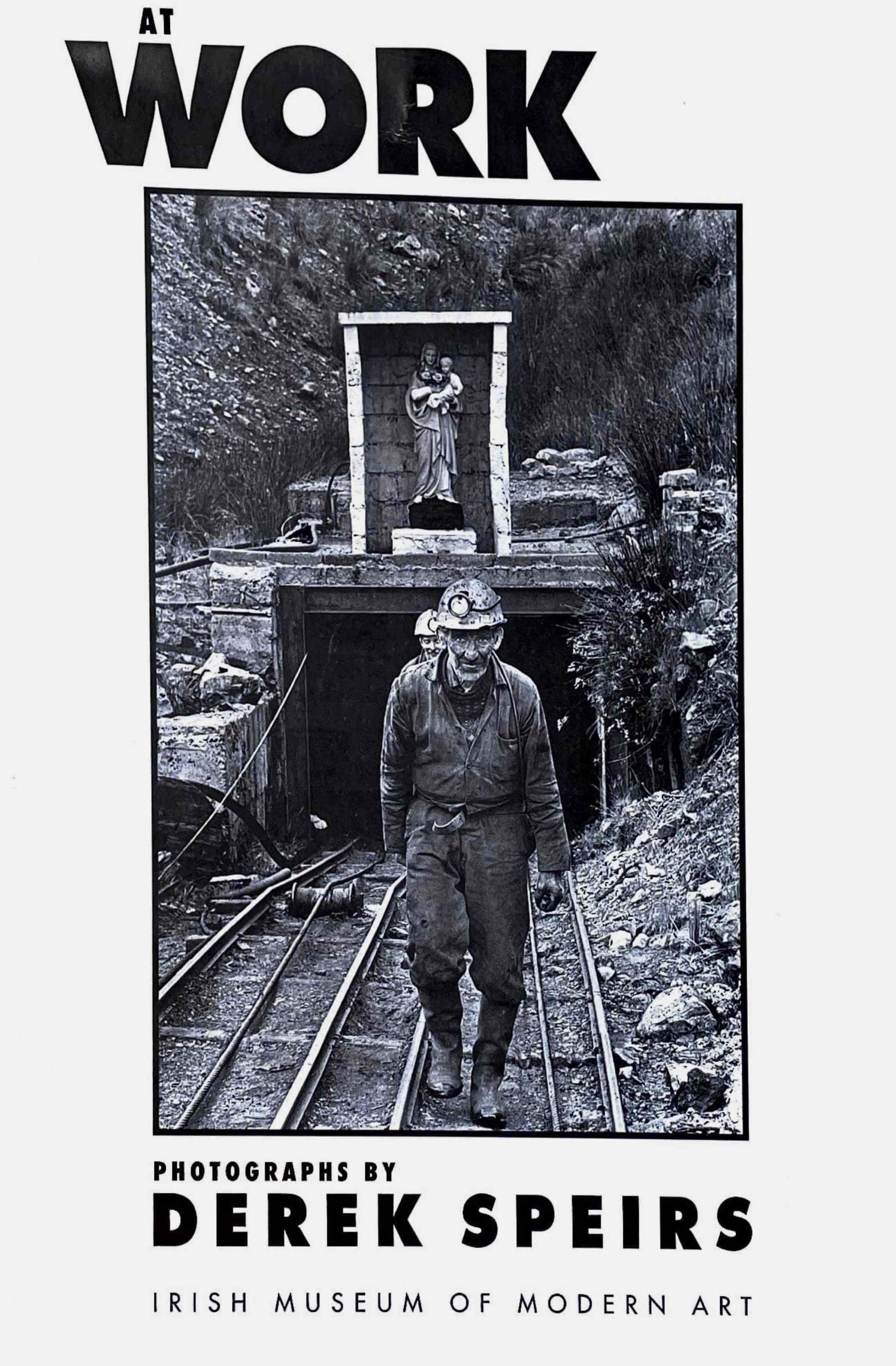 At Work draws together selected images by Derek Spears from the late 1970s up to the present. Derek Spears is a working photo-journalist whose images are used constantly in the press in Ireland and abroad. His photographs are the products of a clear decision which Derek made early in his practice about the kind of photographer he could be as a result of his understanding of the medium and its context.

Born in Dublin in 1952, Derek Spears worked in a photo-finishing laboratory when he left school and later studied in London, where he graduated from the Polytechnic of Central London and the Royal College of Art in 1977. He then worked as a photographer in London, with the Report Agency and its founder Simon Guttmann. He has published two books: Pavee Pictures (1991) and Goodbye to All That (1992) (photographs of Charlie Haughey’s Ireland, with text by Gene Kerrigan).

Irish Museum of Modern Art, IMMA’s mission is to connect audiences and art, providing an extraordinary space in Ireland where contemporary life and contemporary art connect, challenge and inspire on another. IMMA shares, develops and conserves the Irish National Collection of Modern and Contemporary Art for now for the future.1