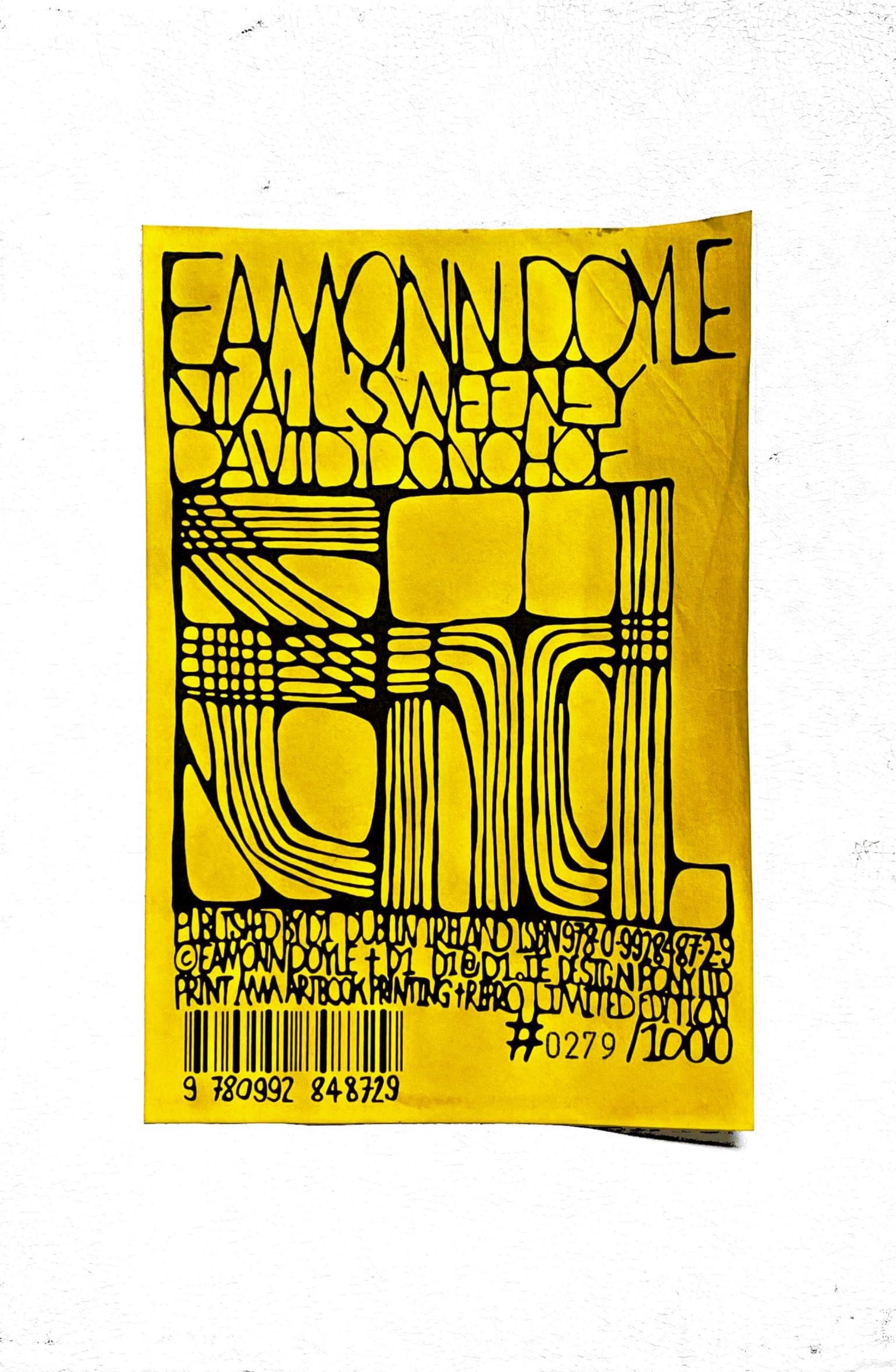 Created as both installation and publication, End. is a collaborative work by Eamonn Doyle, Niall Sweeney and David Donohoe. Built around the photographs of Doyle, it also features drawing and sound by Sweeney and Donohoe. End. gives equal significance to the city and its population, their combined forces continuously shaping each other. Individual journeys of everyday life are compacted repetitively into the same streets. Dubliners wear away at the autonomy of their city, while the streets themselves become a kind of sculptural civic mental State. Dublin, its light and its people, carry out dance-like actions, swapping roles in a series of short plays. End. unfolds as a sequence of events, loops of time and place, revealing a city whose concrete is as plastic as the movement of its inhabitants.1

Born in Dublin in 1969, Eamonn Doyle graduated with a Diploma in Photography from IADT in 1991. He spent much of the next twenty years producing music and working in the independent music business, founding the Dublin Electronic Arts Festival (DEAF) alongside the record labels D1 Recordings and Dead Elvis. He returned to photography in 2008. His debut photobook i, described by Martin Parr as ‘the best street photo book in a decade’ was published in March 2014. Most of his work is produced in and around the Dublin city centre location where he has lived for the past 20 years. 2