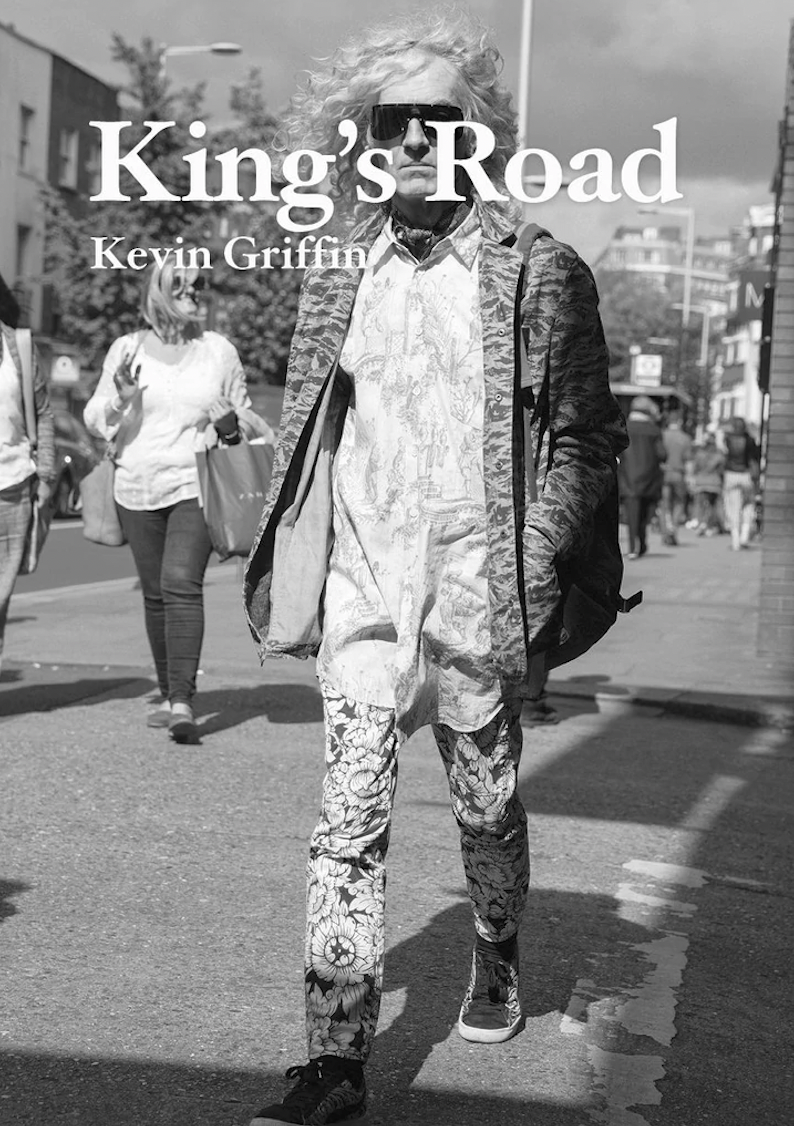 The King’s Road was built in 1694 by King Charles II as a private thoroughfare stretching from St James’ Palace to Fulham. In more recent years, it became known as a place of fashion dominated by independent boutiques, the birthplace of the mini-skirt and Punk Rock. In 1984, armed with his brand new Canon A-1 and one roll of film, Griffin photographed passers-by sitting opposite The Pheasantry on The Kings Road. It was really a way of familiarising himself with the new technology the camera offered. He never printed any of the pictures until 2017, when he found the roll of negatives stuffed away in a box at his parents’ attic. Griffin returned to the same location in May 2017 to shoot for a couple of hours on a Saturday afternoon, this time armed with a digital Canon. He shot the equivalent of eight rolls.

‘Obviously the place has changed, far too many trees, phones, MacDonald’s and way more buses. Not so many people though, perhaps they were shopping online.’ – Kevin Griffin  1

Kevin is a photographer, based in Clifden, Connemara. His personal work has been shown widely, including the Saatchi Gallery, Hamilton’s Gallery, Photographers Gallery, and the Recontres d’Arles, where he is a regular exhibitor.2

TLP Editions are an ongoing collection of contemporary photographic projects in the form of accessible and inexpensive publications by PhotoIreland. These A5 sized booklets present a standard format throughout the series, with 36 pages each, a cover with a text block of under 140 words that introduces the project, and the title and the artist name only available on the contra cover. The project creates a node of opportunities as it allows photographers to enter the publishing arena, while facilitating access to contemporary artistic practices to the general public.3