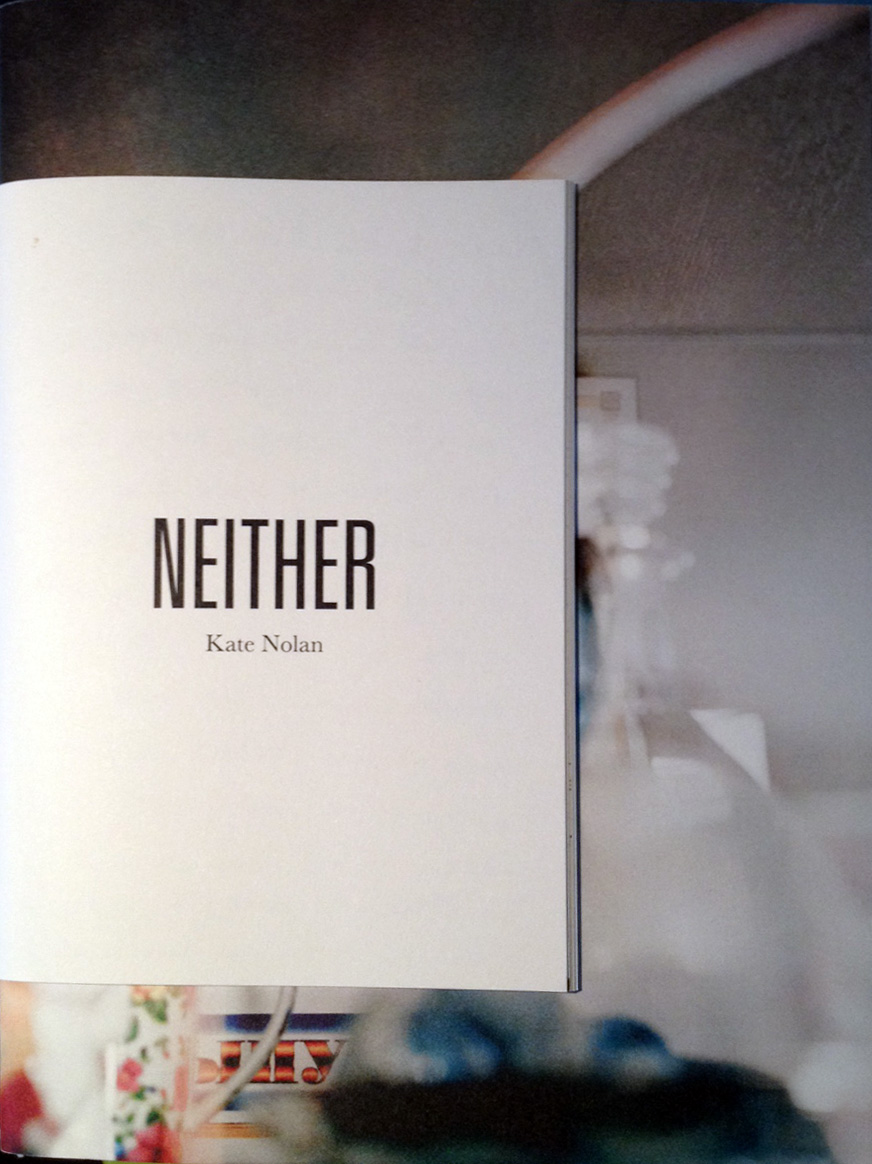 Neither
Kate Nolan
Self Published
English

Neither is an exploration into the hearts of young women in Kaliningrad. The first generation to have grown up after the collapse of the Soviet Union, they look to define their identity in this small island within Europe. The women I have been living with and sharing with have generously opened up their homes and their minds to allow me to better understand this link between place, identity and history.

Kaliningrad Oblast, a small Russian enclave, is wedged within Eastern Europe separated from ‘Big Russia’ by Lithuania, then Belarus. It is this geographic isolation of being neither a part of Europe, nor being physically connected to the motherland that gives this area its uniqueness. The region has had a short but complex history only becoming Russian after WW11. It then closed its borders during the cold war, and with the collapse of the Soviet Union it was severed from mainland Russia. This has left Kaliningrad in the fragile position of being an exclave of Russia and an enclave of the EU.

This fragility is countered by the strong, independent women that have guided me through the stories of this region and the lives of the individual telling me of their dreams and fears. Caught between their strong Russian roots and the new Europe these women search out their place amidst these two worlds. 1

Kate Nolan is an Irish visual artist specialising in extended photographic stories. Her practice involves working collaboratively with communities over time and exploring their circumstances through images and their text, illustrating the everyday lives of these communities. Her main interests lie in translating this material to visual narratives in a form of photobooks.