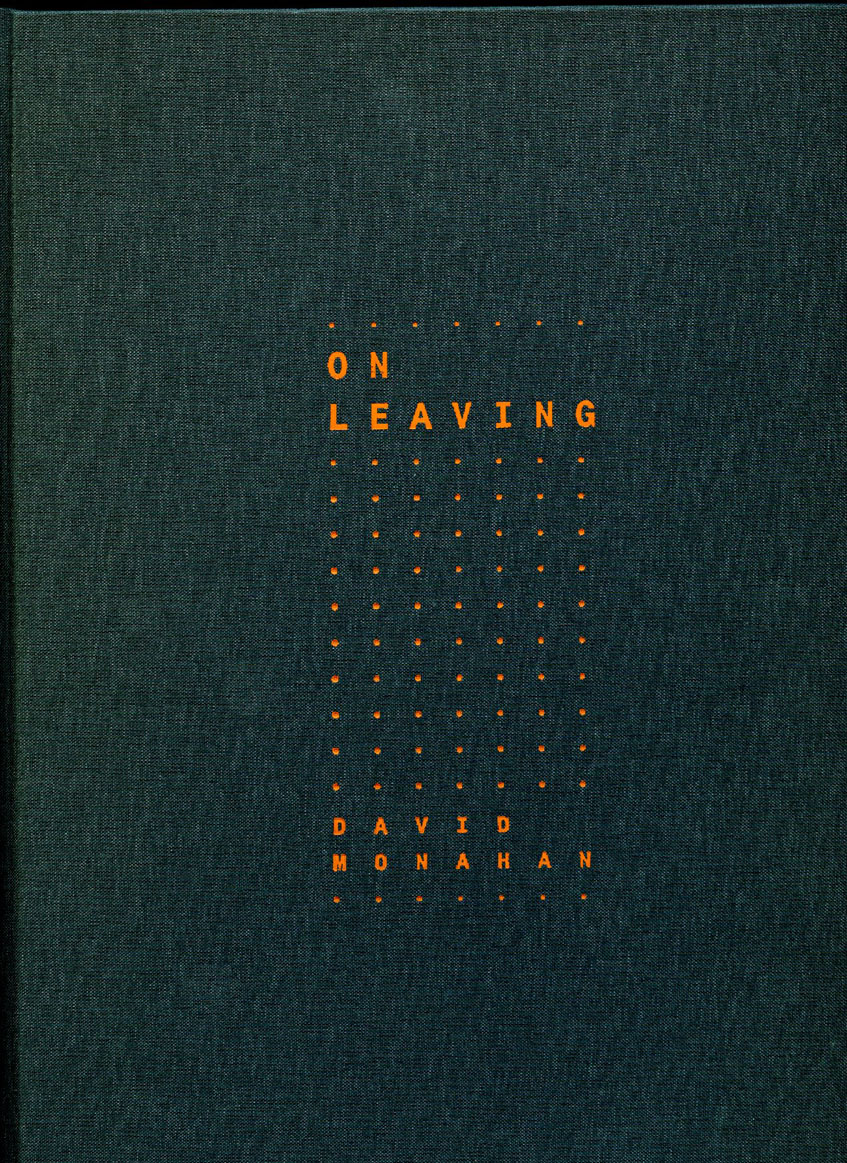 In 2010 David Monahan invited people emigrating from Dublin to participate in his Leaving Dublin project. Its success in articulating the feelings of the everyday losses and gains associated with emigration has led to the work being locally and internationally recognised. It is a significant artistic contribution to the conversation around the current wave of emigration from Ireland.

While shooting the series, Monahan developed relationships with his sitters which led him to further investigate the places they had left behind and the places they now inhabit. This investigation comes together now for the first time in book form under the title of On Leaving.

On Leaving features over 150 photographs in 3 series – Empty Spaces: Desolate dawn landscapes of locations sacred to the participants of the works; Leaving Dublin: a series of highly stylised night time portraits of single people, couples and families on the cusp of a major life changing move; and Visitation: a series of photographs made during visits to participants in their new homes.

The resonance created by the work is brought into sharper focus by a series of thoughtful essays.1

David Monahan is an Artist, Photographer and Fine Art Printer. His artistic work in the Photographic medium is primarily concerned with identity of the self. 2