On Off Halsted
Brian Cregan 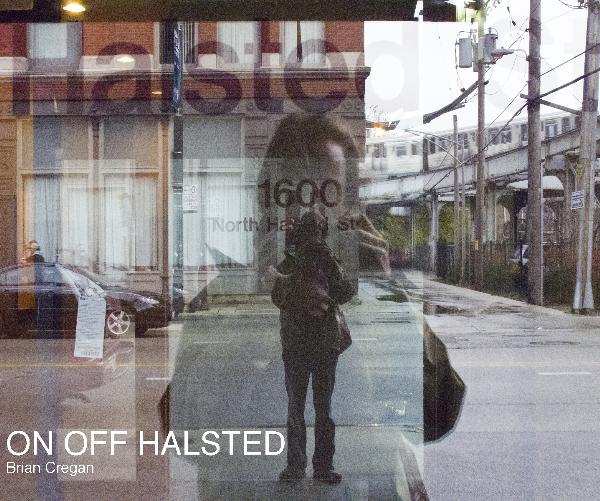 On Off Halsted
Brian Cregan
Self Published
English

If Chicago is a city of neighbourhoods, then how the streets connect and divide them play an intrinsic role in their definition. Running North to South on the city grid for 38 miles, Halsted is one of the city’s oldest and most historic streets. ‘On Off Halsted’, is the result of a series of walks that I took during the Fall and Winter of 2010, soon after my arrival in Chicago. It stems from a desire to explore the city and the communities that shape it. History, family, politics and architecture all coalesce and engage in transformation on the city street. It is a barometer of migration, work and the economics that drive people to begin new lives far from home. In making these photographs I have looked for traces of the past and cultural signifiers of diversity that characterize Chicago as an archetypal modern city.

Brian Cregan is an artist photographer who explores the potential of photography to represent our relationship with landscape, natural history and the built environment. Working independently on commissions and assignments, he has successfully collaborated on numerous projects with other artists, curators, educators, designers and architects. His work as an educator is integrated into his practice and often forms the inspiration for new work.

Information about the publisher