Out of Thin Air
Daragh Muldowney 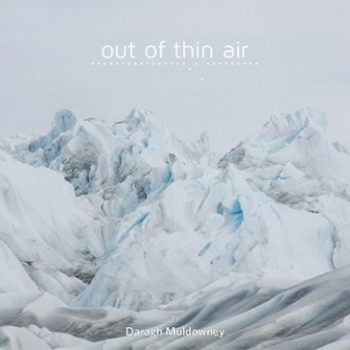 Out of Thin Air, Daragh Muldowney

Ice, in its transient, myriad forms is both powerful and mysterious. From the surreal otherworldly landscape of the ice sheet to majestic icebergs drifting in the ocean, crafted by the forces of nature and sculpted into shapes beyond imagination. Countless exquisite works of art, journeying with the tide, that mostly go unseen. In June 2013, the ‘Killary Flyer’ set sail for Greenland from the West of Ireland. Led by our experienced skipper, Jamie Young, the crew was made up of three climbers, four kayakers, a filmmaker and myself, a photographer. Eighteen long days and three wild storms later we arrived in Upernavik, a small Inuit settlement on the island’s West coast. The first part of my expedition was to the source of the ice, the glacier itself. Accompanied by three of the crew who were expert climbers, we ascended the ice shelf and spent four days in this vast and surreal wilderness. Under leaden skies, and often through driving rain, we trekked and explored an eerie and unstable landscape of jagged ice peaks and crevasses, melt water torrents and iridescent blue caves. The overcast conditions created a flat light that was perfect for my craft, helping me highlight the incredible range of colours in the landscape: Brilliant whites, sapphire blues and charcoal greys.

For the second part of the trip, I camped on an island close to the calving face of the glacier. I was surrounded on all sides by floating ice, released after thousands of years of captivity in the ice shelf and now at the whim of coastal currents and winds. I spent eight days there, sleeping little, as the constant sunshine and the stunning scenery kept me energised. I expected silence but instead there was incessant sound, from the cracking and melting of ice and the gentle lapping of waves, to the thunderous collapse of huge bergs: Nature’s symphony. This was the full immersion I had been looking for. For me, it is a pursuit of beauty, a continuous search for inspiring visions of Nature. Greenland is a place of raw and abundant beauty, one of the few truly wild places left on our planet. I believe in the healing power of Nature. My hope is that these images can connect people to that distant icy shore and share in the profound sense of peace and calm that I felt when capturing each one. Many reports predict that within twenty five years there will no longer be any icebergs along the coast of Greenland. The island’s shrinking glaciers will retreat inland to calve on dry land meaning that soon, the grandeur and overwhelming beauty of the Arctic seascape will be forever changed.

Daragh’s interest in photography originally developed, when he completed a Scuba Diving course in 1992, where he was awe struck by the experience of being under water. Life under the sea seemed like another world, where he made an instant connection with the elements. He is a photographer who focuses mainly on the natural world and has been active since 2002.
1