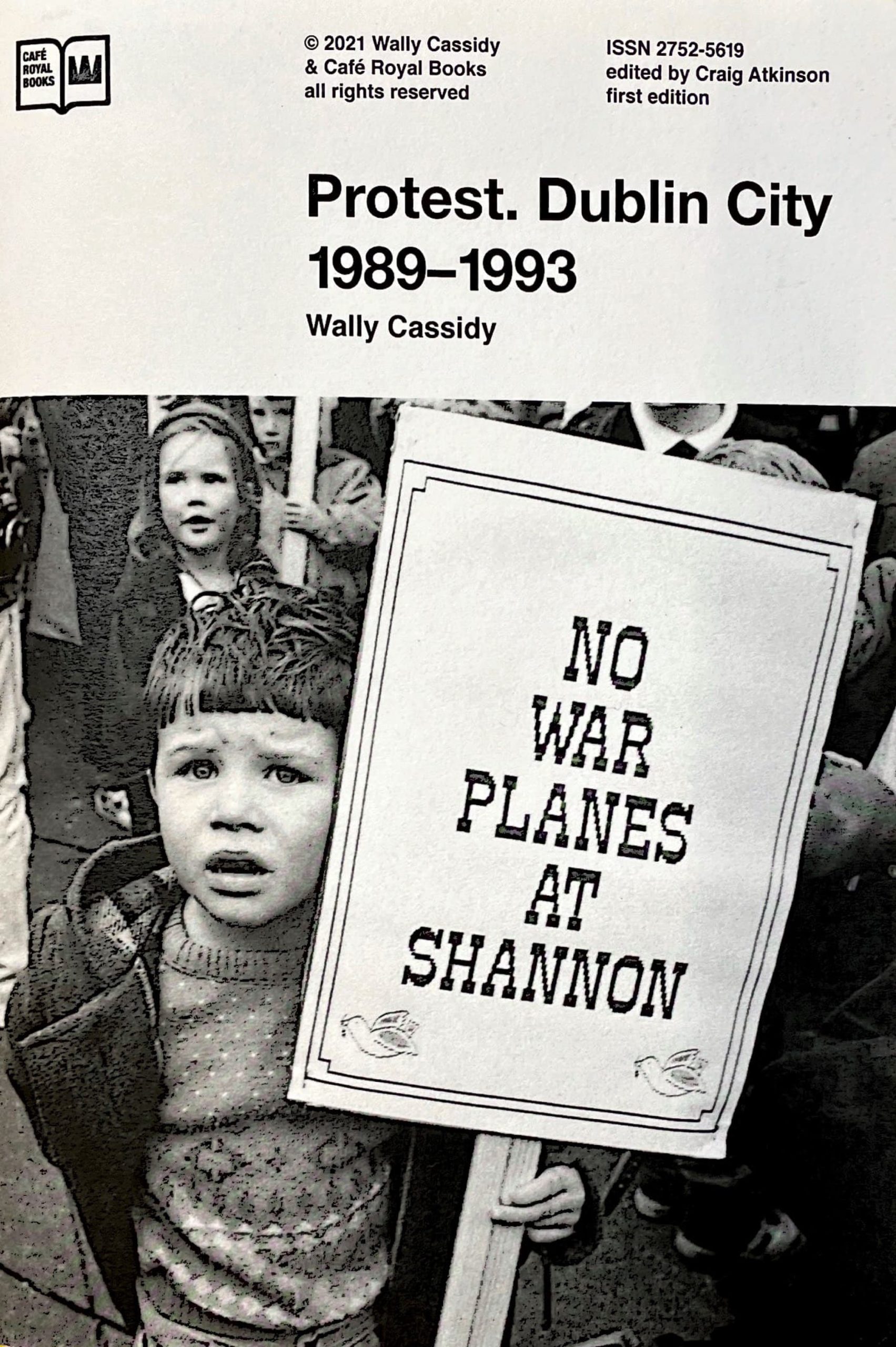 A black and white, street, photographic documentary of protest’s that took place in Dublin between 1989 and 1993.

“I used to do a lot of street photography back in the 80’s and I would just go wherever the crowd’s where. The market, the GPO – there was always republican protests going on, Dessie Ellis that kind of thing. Tony O Shea, Elliot Erwitt sparked my interest of course but it was really Podge O’Farrell. He took a photo of me when I was hanging around Stephen’s Green with the punk rockers, he gave me a print and it went from there. I took shots of the punks and it was a way of getting into gigs free, Deco from Paranoid Visions would get me in with the camera. Myself, Podge and John Kelly would get the dole on Tuesday then hit the streets, taking pictures wherever the crowds were. I never thought they’d be looked at again never mind becoming so popular 20 years on.”1

Café Royal Books (founded 2005) is an independent publisher based in Southport, England. Originally set up as a way to disseminate art, in multiple, affordably, quickly, and internationally while not relying on ‘the gallery’. Café Royal Books publishes artist’s books and zines as well as a weekly series of photobook/zines. The photographic publications are part of a long ongoing series, generally working with photographers and their archives, to publish work, which usually falls into 1970–2000 UK documentary / reportage.