Seeds From the Zoo
Bryony Dunne 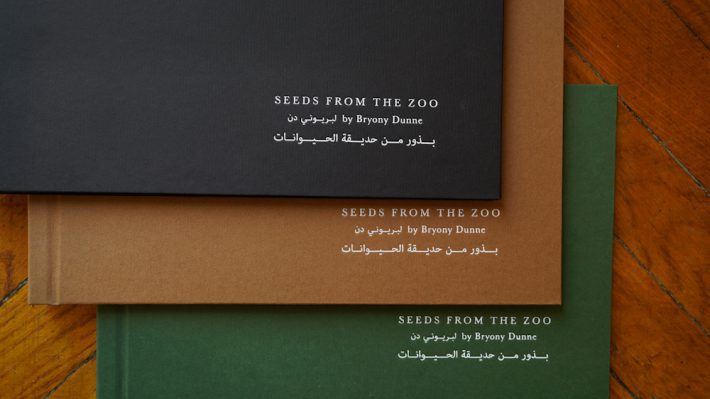 Seeds From The Zoo features over fifty images from Dunne’s two-year documentary photography project on Giza Zoo’s flora and fauna. Established under British occupation in 1891, the zoo houses trees native to India, Brazil, Burma, Australia, Madagascar and the Malay Peninsula, which were imported to Egypt via the Suez Canal. On visits to the site, Dunne collected fallen seeds in the grounds and later painted the pattern of animals skins on their pods.1

Bryony Dunne is an Irish-artist based in Cairo. Her work explores the intersection between humanity and the natural world, often merging documentary and fiction. Dunne’s work has been exhibited at Goldsmiths University London, Contemporary Image Collective Cairo and the Irish Film Institute amongst others. She is currently working on a feature film titled Pembe, which follows the journey of the world’s last male Northern White Rhinoceros.
bryonymay.com
(source: http://bryonydunne.com/about/)