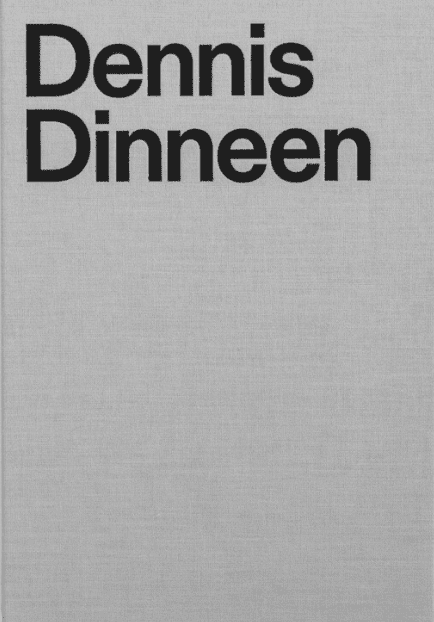 General information about the photobook

References and external links can be created by using the [ note ] tag [/ note]. Text between the tags will automatically appear as an endnote at the bottom of the page, in order of appearance.1 (150-250 words)

Dennis Dinneen was born in 1927 in the small market town of Macroom, County Cork. In 1944 he was studying medicine at University College Cork when his father passed away aged just 39. He abandoned his dream of becoming a doctor to return home to help his mother Abby care for his three younger brothers. It was around this time that young Dennis began to develop another passion: photography.

Along with his wife Claire, Dennis took over the running of the family bar, Dinneen’s, in the 1950s. Dennis, Claire, and their five children lived upstairs, with a room at the very back of the bar functioning as the family kitchen. The bar itself was long and narrow, with a door just to the right at the end of the counter leading into a room that became his photographic studio. It was in this small room that Macroom Photographic Services was founded in 1953.

For the next three decades, Dennis provided photos for passports and driving licences, took individual and family portraits, and captured images of the bar’s patrons. Developing his skills as a photographer outside the studio, he also photographed weddings, religious ceremonies, theatre productions, sporting events, and a variety of other local occasions. Over his career as a photographer, Dennis exposed an estimated 50,000 negatives, of which around 30,000 were destroyed, along with prints and equipment, when a fire ripped through the bar in 1981. The remnants of the studio’s darkroom are present to this day, though barely recognisable, in the upstairs loft at the back of the bar.

More than just a photographer, Dennis was a publican and local taximan; he would be your wedding photographer and the chauffeur that drove you from your home to the church. He was the unassuming, subtle life and soul of every party he went to. He was a talented singer and storyteller, with many stories to tell and many songs to sing, whose resounding voice captivated his listeners.

Dennis passed away in 1985, leaving the bar to his sons, Lawrence and Dennis. Along with their families, they still run the bar on Main Street in Macroom, where it continues to serve as a focal point for the local community.

Information about the publisher

References and external links can be created by using the [ note ] tag [/ note]. Text between the tags will automatically appear as an endnote at the bottom of the page, in order of appearance.2