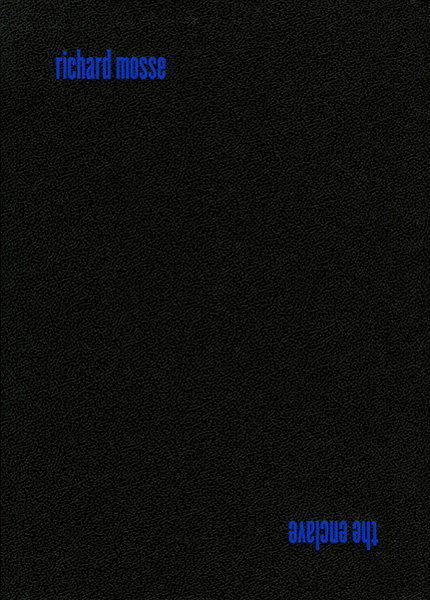 For the last three years, Richard Mosse has photographed in eastern Democratic Republic of Congo, a region in which a long-standing power vacuum has resulted in a horrifying cycle of violence, a Hobbesian “state of war,” so brutal and complex that it defies communication, remaining stubbornly outside global consciousness. The Enclave is the culmination of Mosse’s recent efforts to radically rethink traditional representations of conflict photography, drawing on artistic and documentary strategies in equal measure. The Enclave publication presents images shot by Mosse with a large-format camera, as well as selections from the 16 mm film installation presented at the Irish Pavilion during the 55th Venice Biennale. With both still- and 16 mm-cameras, Mosse uses a discontinued military surveillance film, which registers an invisible spectrum of infrared light. The resulting surreal palette describes these isolated, jungle war zones and the soldiers that inhabit them in disorienting psychedelic hues of scarlet, lavender, cobalt, and puce. Working with collaborators Trevor Tweeten (16 mm cinematography) and Ben Frost (sound design), Mosse has captured a landscape that is deceptively seductive, alluring. Ultimately, however, the resulting images and film map the otherwise invisible edges of violence, chaos, and incommunicable horror. At the heart of the project, as Mosse states, is his exploration of the contradictions and limits of art’s ability “to represent narratives so painful that they exist beyond language—and photography’s capacity to document specific tragedies and communicate them to the world.”
1

Richard Mosse (born in Kilkenny, Ireland, 1980) holds an MFA in photography from Yale University School of Art, and additional degrees from Goldsmiths, London; King’s College London, and the London Consortium. His work has been widely exhibited internationally, including at the Palais de Tokyo and the Tate Modern. In 2011, Mosse was awarded a John Simon Guggenheim Memorial Foundation Fellowship, with a supplemental stipend from the Leon Levy Foundation. Mosse is represented by Jack Shainman Gallery. 2

Aperture, a not-for-profit foundation, connects the photo community and its audiences with the most inspiring work, the sharpest ideas, and with each other—in print, in person, and online. Created in 1952 by photographers and writers as ‘common ground for the advancement of photography’, Aperture today is a multi-platform publisher and centre for the photo community. From their base in New York, they produce, publish, and present a program of photography projects, locally and internationally. 3