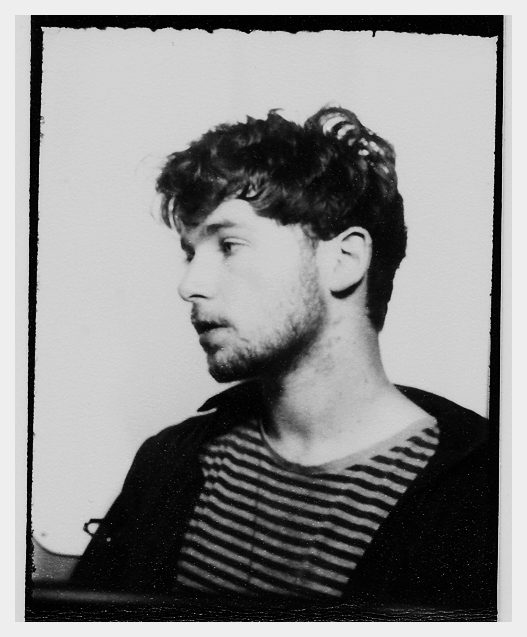 Verge further explores the visual motif of landscape; in this instance as a backdrop against which to explore processes of photographic iteration & representation. The work employs low-fidelity analogue motion picture film footage as source material. The image sequences are reconstructed into grid sequences & photographic stills. The project focuses on the material elements of film & print, using variation & repetition to explore photographic / cinematic ways of seeing.

A series of stills salvaged from expired Super 8 footage & reconfigured, in rough chronology, in photo-book form. The progression features the figure of a bird immersed in the static & noise accrued by various stages of processing. The work plays on the tension between the photographic ‘still’ & cinematic movement. The result is a series of triptychs suspended between re-animation & stasis / appearance & disappearance. The project is published in a series of book editions and as a set of fine art prints.

This book project is a fragmentary record, created during a moment of global stasis & isolation. The images were taken while observing restrictions in my home town in the Irish Midlands. The work is comprised of a sequence of 35mm film fragments and off-cuts, at once emergent & disintegrative; it is a site-specific, gestural work, signifying most of all the impulse to create something in response to – or in spite of – such restrictive circumstances.

The project is realised in a small-run artist’s book, fine art print & audio track. It was released on the anniversary of the first wave of globalised lockdowns.

An atmospheric long-form body of work created over a period of ten years, featuring multiple analogue photographic formats & digital video. Melancholic in tone, the project reflects a searching, immersive approach to the exploration of a remote environment & to the ritualistic act of photography.

A visual diary recording the depersonalising experience of hospital confinement from an in-patient’s perspective. Shot on three rolls of film during a sleep-deprived fortnight. The project is realised as a publication.

A series of fogged, ‘damaged’ vignettes featuring fragmentary depictions of abandoned local  construction projects in the wake of global economic fallout. Through tactile intervention at each stage of the photographic processes, layers of static and interference are brought to bear on images, in response to these sites of development & dereliction.

A subjective documentary work created within multiple disparate environments over the course of three years. The work explores the use of photography as a personal, expressive tool. The work is shot on analogue film formats and employs a dark, cinematic aesthetic; combined with intuitive image sequencing to create an introspective, evocative record. The project is realised as a set of prints, and as a sideshow showcase with soundtrack.