Louise Wallace is a visual artist based in the west coast of Ireland. The Galway born visual artist graduated with a BA (Hons) Photography Film Video from Limerick School of Art & Design. Her subject matter varies from portraits to landscapes and she uses both film and digital formats. Louise was long listed for the Galway Film Fleadh 2017 for her short film Cosmic Joe, winning Best Short Film at the Szczecin European Film Festival. She was finalist for the Screaming Pope Prize in 2018, and exhibited in Limerick city, and in Killorglin, Co. Kerry as part of the K-fest Visual Arts Festival, both in 2018, as much as with college peers. 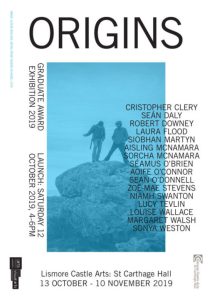