Assume the stillness of a tree
Martin Healy 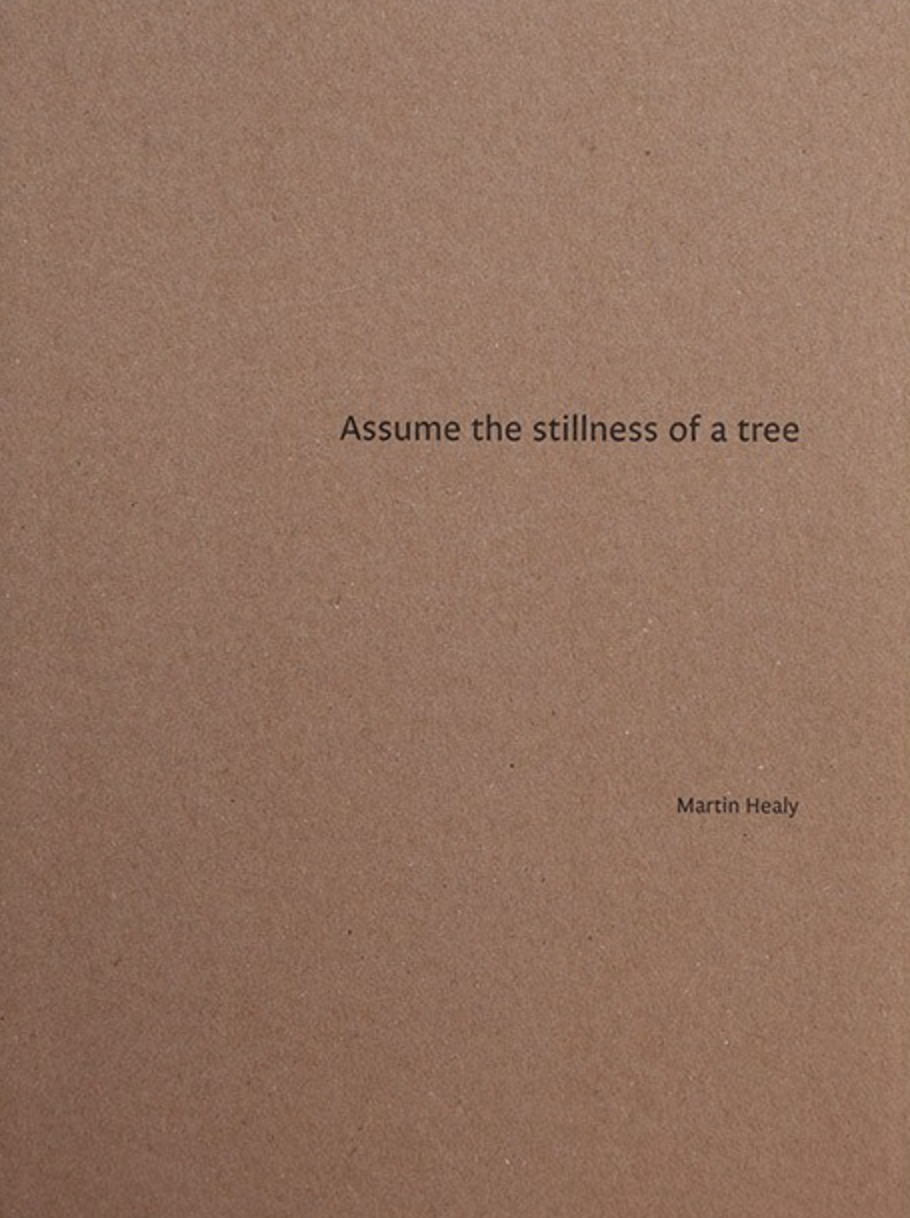 Assume the stillness of a tree
Martin Healy
Self-Published

This photobook is comprised of images from three related collections of photographs – Field Notes (2017 – 2021), The Augurs (2018) and Those Who Were Birds (2018 – 2021). The images in the book are recorded in a variety of locations – they are not specific to any one place or timeline. They are connected by virtue of being a series of observations in the field – a record of an obsessive need to look up and search for signs of presence.
1

Martin Healy lives and works in Dublin. He works predominantly through the mediums of photography and video and his works have been shown widely both nationally and internationally. He is a recent recipient of a residency at Cove Park, Scotland in 2014. Other residencies include Temple Bar Gallery & Studios / HIAP-International Residency Exchange, Helsinki, 2010; Centre Culturel Irlandais, Paris, 2008; Artists’ Residency Programme at the Irish Museum of Modern Art, 2007; the International Studio Programme Residency at PS1 Contemporary Art Centre, New York, 2000/01.
2