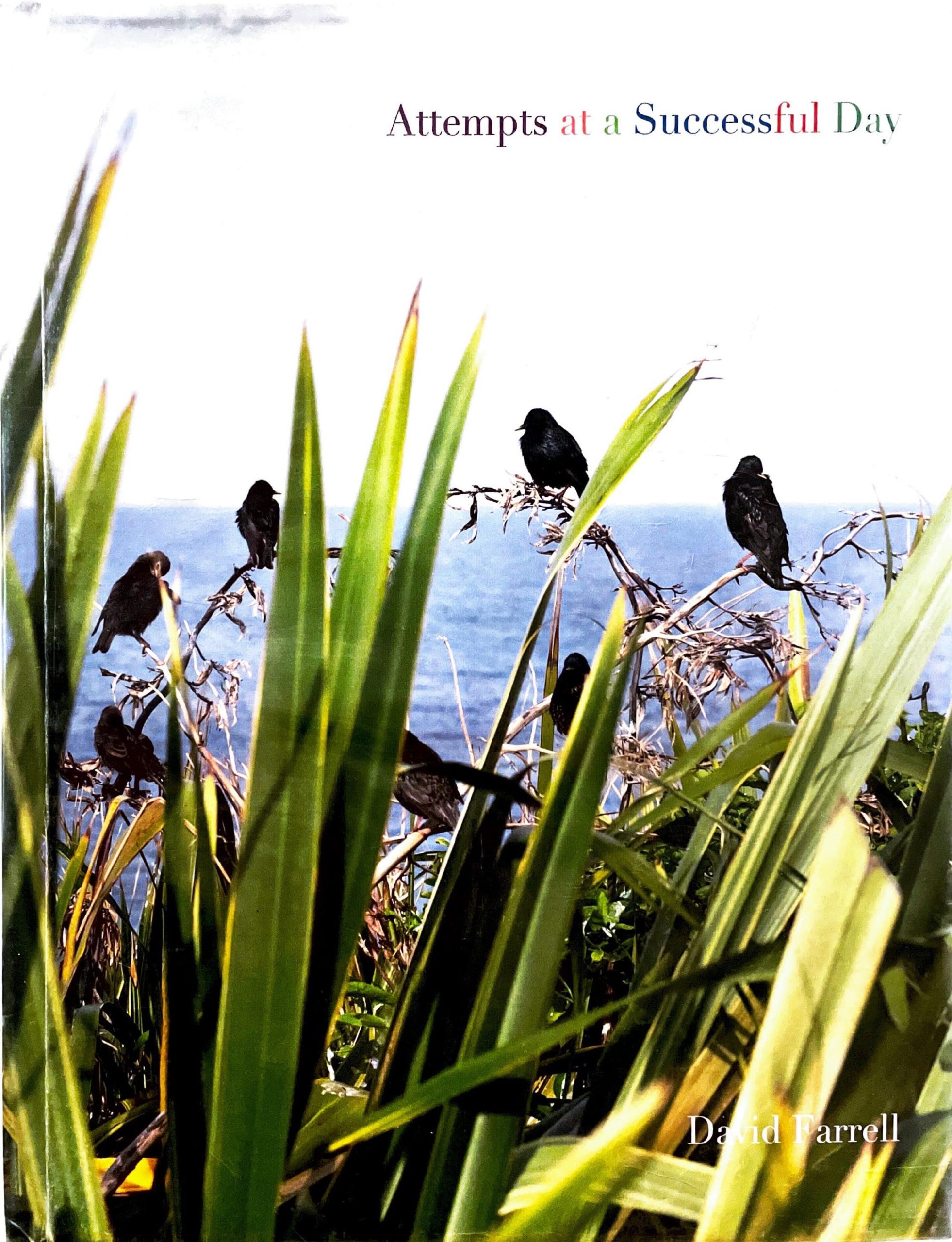 Attempts At A successful Day
David Farrell
Self Published
English

Attempts at a Successful Day is a series conceived as multi-volume in nature and is a counter strategy to an earlier way of exploring specific themes photographically. It draws on the various genres of photography to explore open-ended narratives which explore the quotidian in a novelistic multi-themed form. The photographs are dependent on the accidental contingency that lies with making photographs within the real world.

On one level photography is perhaps a futile attempt to resist the inevitable narrative of  ‘the light gleams an instant, then its night once more’. And yet in a search for an assurance that there might be some way of finding, if not meaning to the mess that surrounds us, then at least a way to transcend the ephemerallity and transience of life, photography offers a line to follow by leaving a trace. So, in spite of ongoing doubts and questions the medium allows me not just to look or stare into the void, but perhaps walk into it now and then and return with something, a trace of the real, a thread that not only acts as an umbilical cord to the past but an arrow into the future. The photograph is an endless latent image whether it is present as a sensation in the unconscious or an activated silver atom in a traditional emulsion or as a body of work to be contextualised in relation to a different or larger body of work.

Born 1961 in Dublin, David Farrell has worked as a freelance photographer since 1990, contributing amongst others to The Sunday Business Post, The Observer magazine and the Telegraph magazine. He also teaches photography.