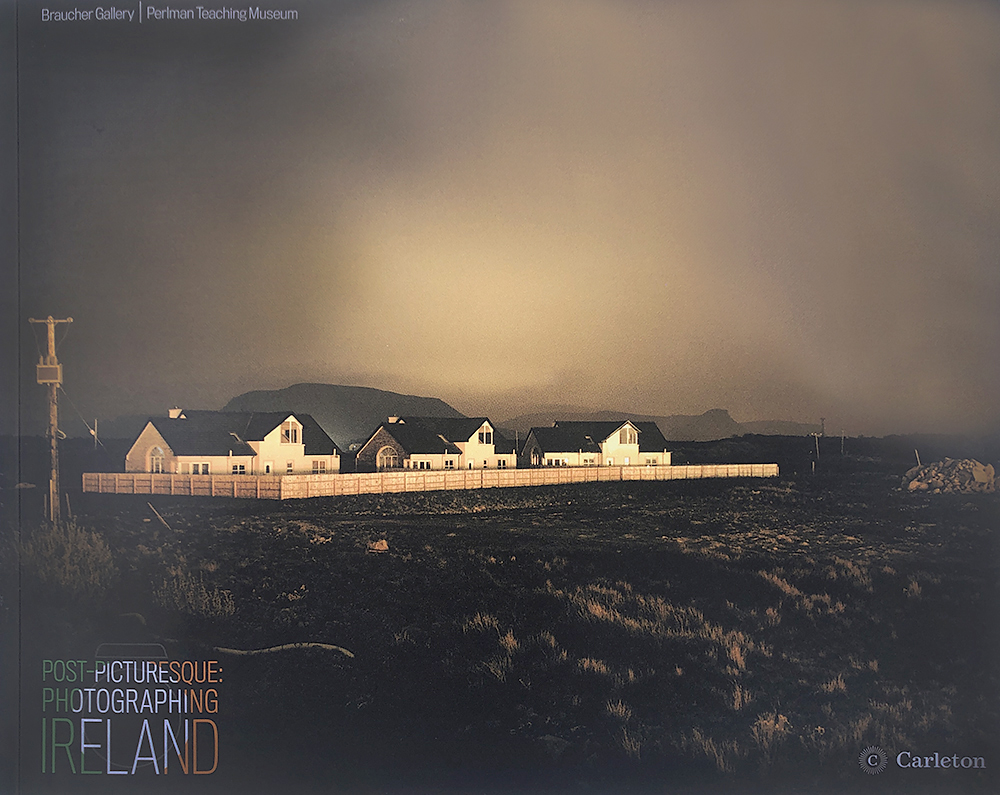 Jill Quigley is an artist from Inishowen, Donegal, Ireland. She grew up on a dairy farm, the environment of which, has inspired many her works. Originally Quigley studied art history and ancient history and later went on to do a Masters in photography at the University of Ulster in 2012.

Anna Rackard works as a feature film, TV drama and commercials production designer. Her feature films include Love & Friendship, Stella Days and Ondine. She won an Irish Film & Television Award in 2010 for Ondine and again in 2012 for Stella Days. Her television drama work includes A Dangerous Fortune for ZDF, Foyle’s War for ITV and George Gently for the BBC. In 2001 she published a book, Fish Stone Water on the holy wells of Ireland and in 2004 co-directed a documentary on the same subject called An Tobar. Anna maintains a fine art photography practice alongside her film career. In 2014 her photographs were part of Second Sight, a group exhibition from the David Kronn collection, shown at the Irish Museum of Modern Art in Dublin and the Butler Gallery in Kilkenny. She recently had a solo show of photographs from the series Under into Somewhere in the Cross Gallery, Dublin.

Miriam O’Connor is an Irish photographer and educator. Her work is inspired by her everyday surroundings and experiences, including language, sights and sounds. An accomplished photographer, Miriam’s work has been exhibited extensively nationally and internationally and is held in both public and private collections.

Gary Coyle was born in in 1965 and graduated from the National College of Art Dublin in 1989 and the Royal College of Art London, where he studied Sculpture, in 1996. He was elected a member of the RHA in 2007 and Aosdana in 2009. His work embraces various media – Drawing, Photography and, more recently, Spoken Word / Performance.

Paul Gaffney is a Dublin-based artist who is currently undertaking a PhD in photography at the University of Ulster in Belfast. Gaffney was selected for the 2013 PhotoIreland Festival’s New Irish Works, a series of solo and group exhibitions which showcased twenty five contemporary Irish and Irish-based photographers.

Ruby Wallis is a practice based PhD researcher with National College of Art & Design (NCAD), Department of Fine Art Media and GradCAM. She completed her M.A. in Documentary Photography in 2007 at The University of Wales, Newport and a Degree in Fine Art Painting at Galway-Mayo Institute of Technology in 2004. Wallis has been exhibiting internationally since 2002 and has been working as a lecturer at Galway-Mayo Institure of Technology and Griffith College Dublin in Photography Theory. She has been a Community Artist-Facilitator with CREATE, Practice.ie and the Galway Arts Centre since 2002.

Martin Cregg is an Irish photographer and educator living in Dublin. He is Coordinator of Photography at Pearse College of Further Education in Dublin.

Anthony Haughey lives and works in Ireland. He is an artist and lecturer/researcher in the School of Media at the Dublin Institute of Technology.

Dr Laurel Bradley, Director and Curator of the Perlman Teaching Museum, connects fine art and exhibitions to disciplines across the undergraduate liberal arts curriculum at Carleton College. She was awarded a Fulbright scholarship to work at the Irish Museum of Modern Art on photographic collections. 2

Carelton College is located in Mississipi, US.